The effect of humic acid on NPK and trace element nutrients

After urea (the most common nitrogen fertilizer used in agriculture) is applied to the soil, a small part of it is absorbed by the soil, and most of it is hydrolyzed into (NH4)2CO3 and NH4HCO3 under the action of urease, and then nitrate is formed under the action of nitrification (ammonium nitrogen is converted into nitrate). In this process, ammonium nitrogen is easily hydrolyzed into ammonia volatilization loss, nitrate nitrogen is easily leached and denitrified loss, resulting in nutrient waste and non-point source pollution. Humic acid can complex and adsorb inorganic nitrogen compounds. Humic acid has strong cation exchange and adsorption power. The carboxyl group and phenolic hydroxyl group in its structure can react with urea to form a humic acid-urea complex; at the same time, humic acid is in the structure The phenolic hydroxyl and quinone functional groups are similar in structure to urease inhibitor hydroquinone, which can inhibit soil urease activity and release urea slowly.

The effective forms of phosphorus absorbed by crops are mainly H2PO4- and HPO42-. Phosphorus in fertilizers such as superphosphate, ammonium phosphate, and compound fertilizer enters the soil, and it is easy to form phosphate precipitation with Fe3+, Mg2+, Al3+ and Ca2+ in the soil(Ineffective phosphate), or adsorbed and fixed by soil colloid, it is difficult for crops to absorb and utilize. Humic acid has a large specific surface area, and its active functional groups such as carboxyl group and phenolic hydroxyl group compete with phosphate for adsorption sites on the surface of soil colloids, reducing the adsorption and fixation of soil to phosphorus.At the same time, humic acid forms a complex with Fe3+, Mg2+, Al3+ and Ca2+ ions in the soil to generate humic acid metal phosphate, which inhibits the fixation of phosphorus and increases the effectiveness of phosphorus.

The medium and micro-fertilizers commonly used in agricultural production are applied to the soil in the form of Ca2+, Mg2+, Zn2+, Fe3+, Cu2+, etc., which are easily converted into insoluble salts in the form of carbonate and sulfide, which are difficult to be absorbed by crops. Humic acid can adsorb zinc (Zn2+), interact with iron (Fe3+), coordinate with copper and manganese for quinone groups, and coordinate with calcium and magnesium for carboxyl groups. The basic structural units are mostly composed of oxygen bridges (-O-), methylene bridge (-CH2-) and other connections, can chelate with metal ions, making it into water-soluble humic acid chelating trace elements (insoluble state transforms into dissolved state or effective state of micronutrients ) To increase its effectiveness, thereby improving the absorption and operation of medium and trace elements by plants. 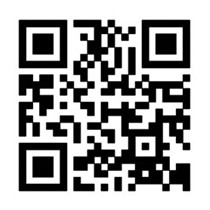